Free download: 17 ways to turn your PhD into income grab it here 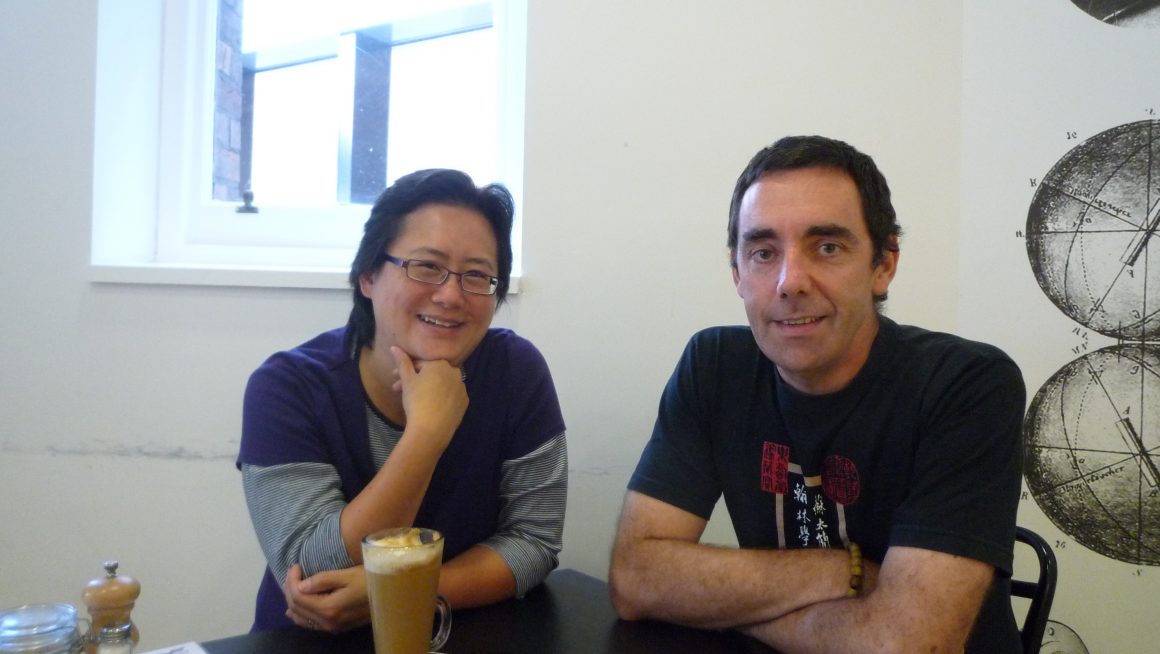 This week I’m bringing you a double interview.

Together, Jonathan O’Donnell (JOD) and Tseen Khoo (TK)run the Research Whisperer, a blog and social media feed about doing research in academia.

Separately, Tseen lectures in research education and development at La Trobe University and Jonathan is the Senior Research Initiative Coordinator for the Faculty of Science at the University of Melbourne, Australia.

What is your side hustle?

Research Whisperer is our side hustle. It doesn’t sit within our jobs, but it doesn’t sit completely outside them, either. At the core sits a blog, where we post every Tuesday on some topic related to doing research in academia, and our Twitter account, where we point to things that others have written that we think are useful and discuss the vagaries of the day. We also have a Facebook account, which we visit occasionally.

Why did you start your side hustle?

We wrote about this in a whole post – of course! In summary: We established the Research Whisperer to demystify the research cycle for researchers. We have been using blogposts to reflect on our own practices, and Twitter/Facebook to share those thoughts with others since 2011.

By using social media, we have made our research administration and development practice available to a global readership. By presenting our work to an international audience, we have been able to work beyond our institutional borders.

We started the whole project eight years ago. Since then, we have published almost 390 posts, and have picked up 42,000+ followers on Twitter, over +6400 subscribers to the blog, and over 9200+ followers on our Facebook page

What does an average day in your Research Whisperer life look like for you?

JOD: Friday is my Research Whisperer day. Every Friday starts with Shut Up and Write. First I send a tweet about Tuesday’s post to a Spanish friend, who helpfully translates it into Spanish (thanks, Eva). Then push the post out through my personal networks. If it was a guest post, I write to them and let them know how many people have viewed it. After that, I might edit a guest post, or write one of my own. It used to take me two hours to write a post, spread over two weeks. Nowadays I might spend twice that time over some months – I’ve become a little less sure of myself as I’ve gone along (there is so much to learn). Currently, I’m editing a book, based on ten key posts, as part of a project to help artists who are academics find research funding.

TK: One of the thethings I love about my job is that there is no average day. My work on the Research Whisperer blog is spread across a given week, with my writing of posts most often after hours and on weekends. My job is as a lecturer at university and the people I work with most are researchers, mostly PhD students and Early Career Researchers. All my RW experience, knowledge, and networks feed my ability to do my academic job well, and vice versa. It’s a fantastic symbiotic relationship that I feel very lucky to have.

Do you make money from your side hustle?

JOD: No. Well, sort of. We get asked to write for people and to speak to people, and sometimes that is paid, and sometimes it isn’t. So I do occasionally get paid, but it isn’t an income stream. It helps to cover the occasional costs of the project. The editor for the book (which I mentioned in my answer to the previous question) is funded by a grant, which is nice.

TK: Like Jonathan said, we sometimes charge a workshop or speaking fee, but we often don’t. It depends on who’s asking us and why. I use any money I get as research funding, to defray the costs of books, conferences, travel for research, etc.

How has your network helped you get established with your side hustle?

The model for starting the Research Whisperer was borrowed from Inger Mewburn’s fabulous Thesis Whisperer blog. Inger has always been a wonderful, supportive colleague.

TK: It still amazes me that we started the key elements of the Research Whisperer eight years ago with brand new Twitter, Facebook and blog accounts. They sat at very low Likes/Follows and subscription numbers for a bit. We eked out the first little while just working out how we were going to do this thing, and (it must be said) not really knowing or caring if it would get ‘big’. I now have substantial overlapping networks that include RW, my research network that I convened for over ten years, and my broader academic network from having worked at five universities across my career.

JOD: The side hustle is the network! Research Whisperer has become this wonderful circle of niceness and personal learning network that supports and sustains me. In 2015, we bought people together, face to face, for the first Whispercon. It was a gathering of friends of friends (and colleagues of colleagues) who were all interested in the same sort of stuff (roughly) that we were interested in. That was wonderful fun, and not too hard, so we did it again in 2016, 2017 and 2018.

How does your personal brand impact your side hustle?

TK: I have several clear threads of presence online, and they align with what I flagged as my networks: RW, research network, and academic self. They enhance each other, I’d say, rather than there being any one impact on another. Right now, RW is probably the most known aspect of my professional self.

JOD: The hustle is the brand. I have a tiny social media presence outside of Research Whisperer.

Do you suffer from impostor syndrome? How do you deal with it when it shows up?

TK: I often have imposter feelings, and these wax and wane depending on the intensity of the work I’m doing at any given time. They take the form of thinking that anyone can do the things I do so I then conceive of my professional value as limited. When things are more stressed, I tend to feel more inadequate even though I know it’s a temporary state. I am prone to catastrophic thinking (thanks, Hugh “Thinkwell” Kearns, for putting a name to my tendencies!) so will lurch from travelling fine, to having a small thing go wrong, to envisaging that it’s the end of my career as I know it…! It’s all kinds of fun being in my head at times.

JOD: It’s a funny thing – I write with more authority than I feel. When I write for the Blog Post, I assume the guise of the Research Whisperer – my writing becomes more positive and more directive. For outside readers, the blog acts as a source of advice. For me, it provides a reflective space where I can learn from my own practice. Sometimes I write angry, trying to correct errors that I repeatedly see in people’s grant applications. More often I assume a persona, a shell, that I wear when I write the blog posts. The shell is protective, but also restrictive. I really admire Tseen’s ability to write openly about herself and personal uncertainty. I’ve only done it twice, I think: Once to ask “Why the hell am I doing a PhD?” and more recently to announce that “I’m new” in my new job. Both of them were reflections on my feelings of uncertainty and doubt about my situation.

How can readers connect with you/find out more?

About The Leveraged PhD

The Leveraged PhD supports PhDs wanting to create impact and income from their knowledge and passions.

The Leveraged PhD’s mission is to deliver all the coaching, training, and resources PhDs need to build prosperous businesses and lives of freedom and joy 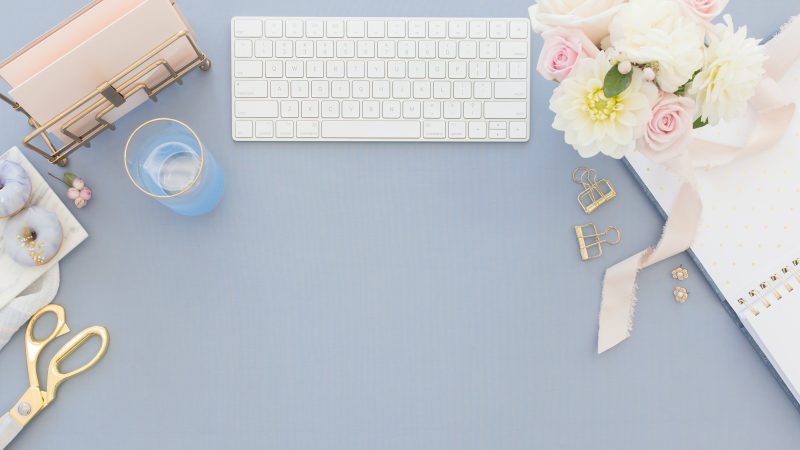 How to keep your marketing up when you are sick, busy or on vacation 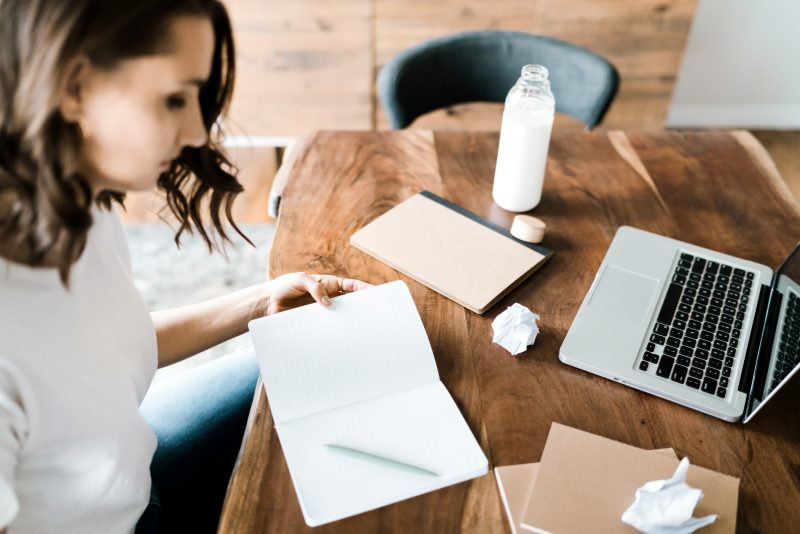 Entrepreneurship is a great career path for PhDs. 15 reasons why (and 4 reasons it’s not) 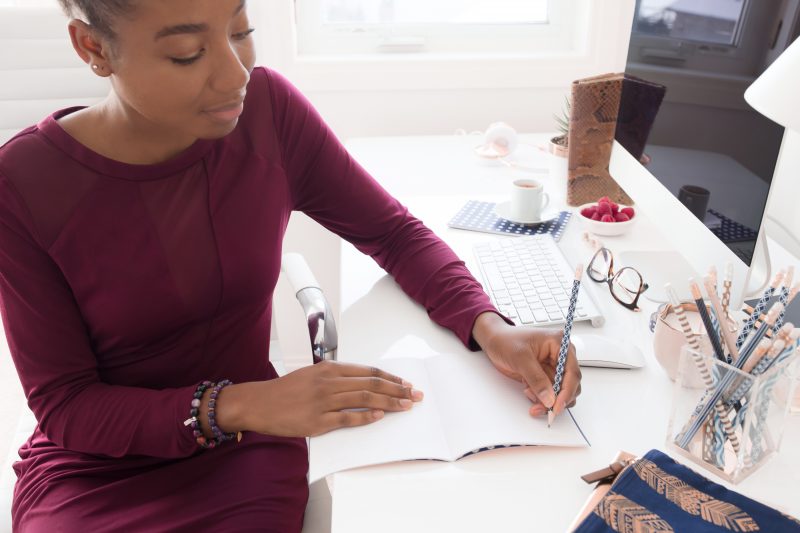 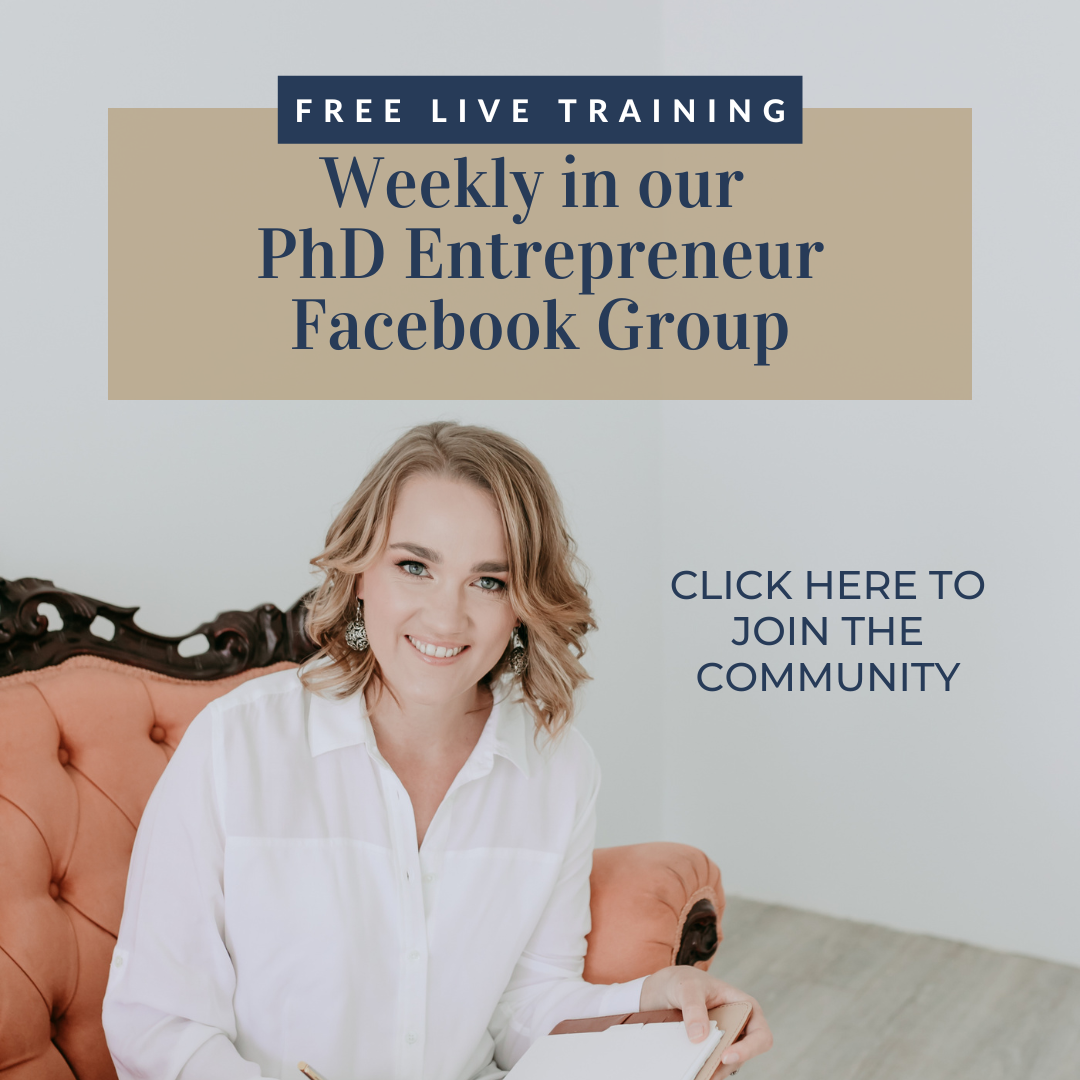 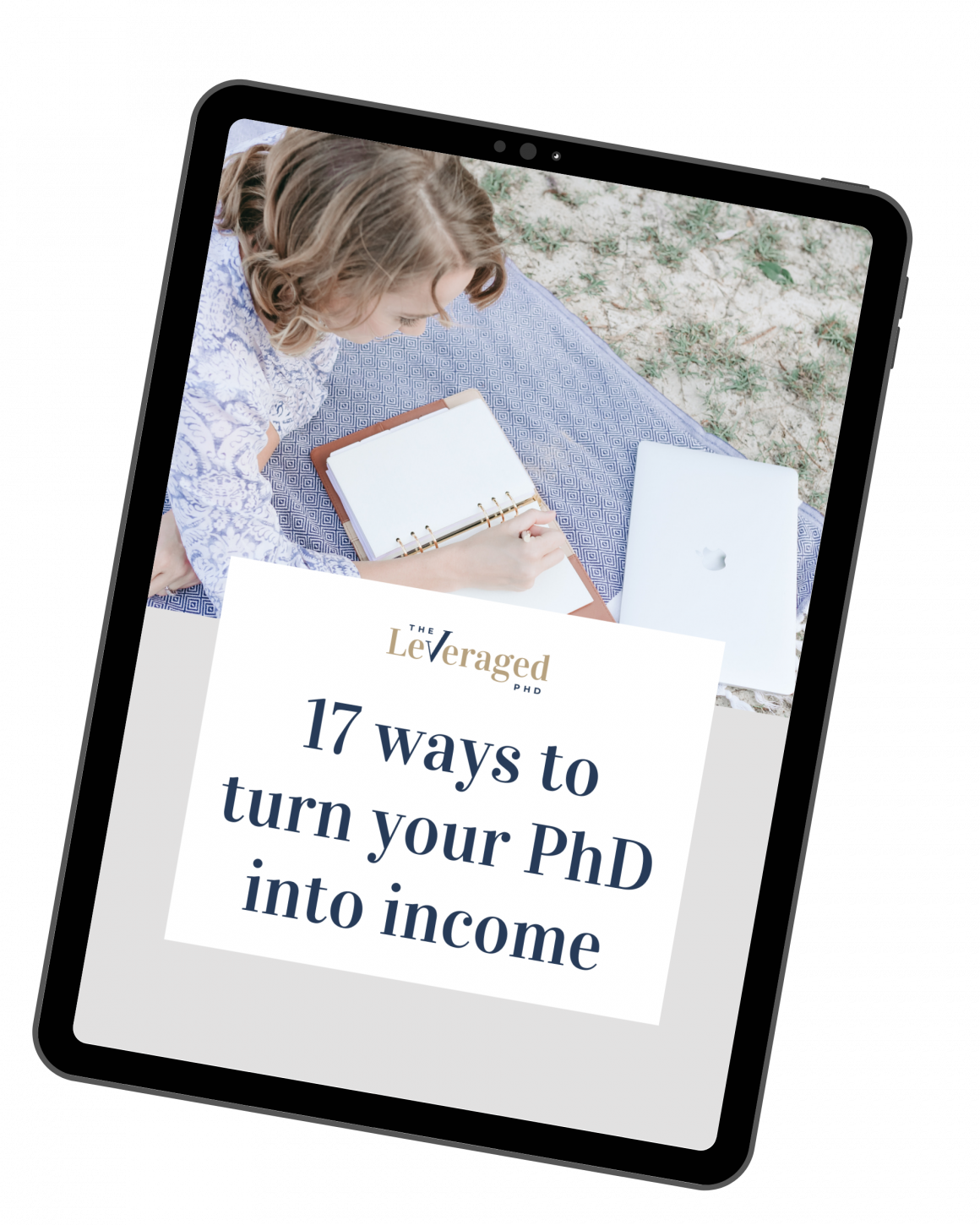 Working on Your Academic Exit Plan?

Ways to turn your PhD into income

YES! GIVE ME THE MONETIZATION GUIDE NOW 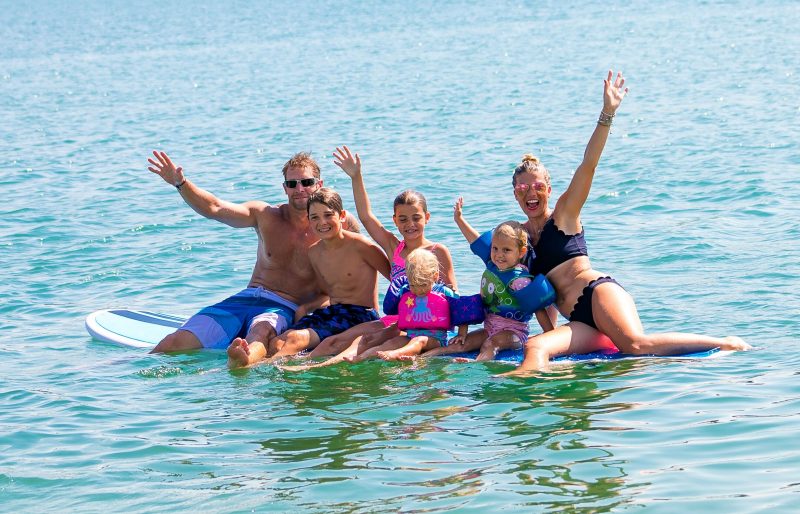 How to make $100,000 a year with your PhD and still have a life [Interview with Stephanie Snyder]

Interview with Stephanie Snyder, Ph.D. Founder of The Overjoyed Mom (Intuitive Life and Business Coach) Tell us about yourself? I am a 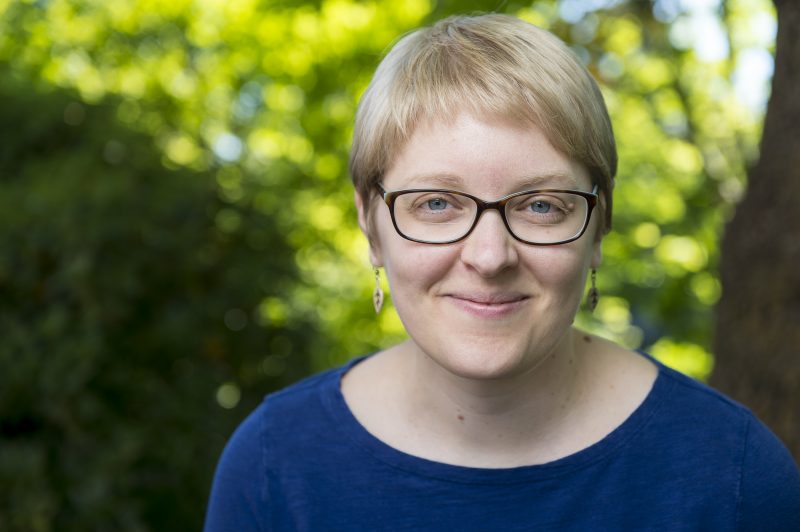 Katie Linder Consulting, LLC What is your side hustle and why did you start it? I first started my side business as 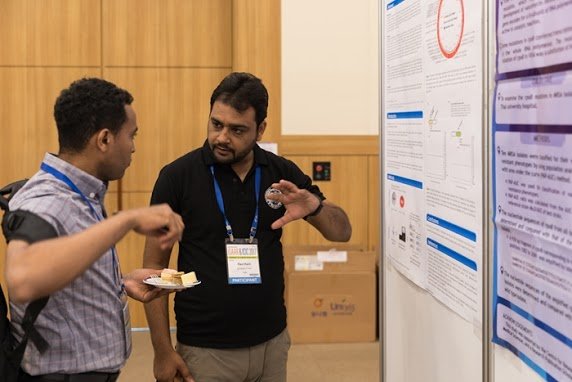 Senior Research Fellow Apart from academic research, I have a keen interest in entrepreneurship, scientific writing, science communication and also working on

© 2022 The Leveraged PhD All rights reserved

You can find out more about which cookies we are using or switch them off in settings.